I photographed their mom and dad’s wedding about 18 years ago. They, like many couples, started a family. Had a boy, and then another and then a third. Our three sons. Fill the fridge!

I marvel at these couples who I have the honour of being such a big part of their lives together. Each one of these boys I photographed since they were 3 months old as part of our babies first year program. Then every year they’d come in in the fall for Xmas portrait gift giving.

A few years ago they added one more boy to the gang…a dog. Who’s almost as big as the boys. And kind, gentle and smart as a whip pup named Casey….

The oldest boy is now in grade 9.

Whoa! Amazing. Where DID they time go? He tells me he saved his many and invested in his very own electric guitar. So we grabbed a few poses with all four boys and then a few with his “ax”….. 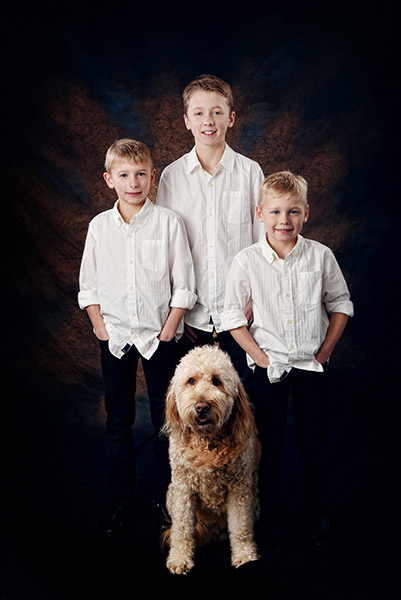 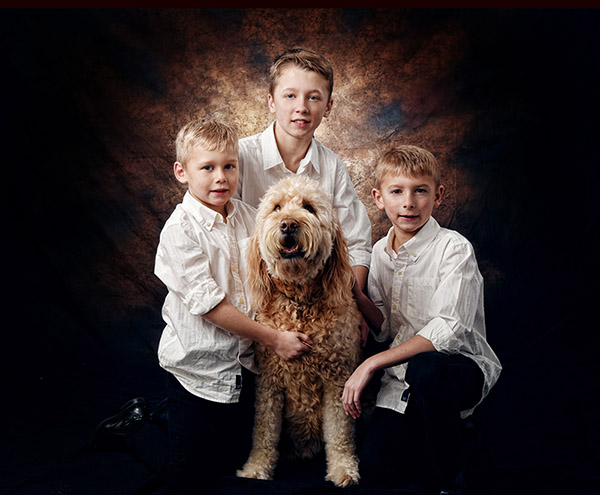 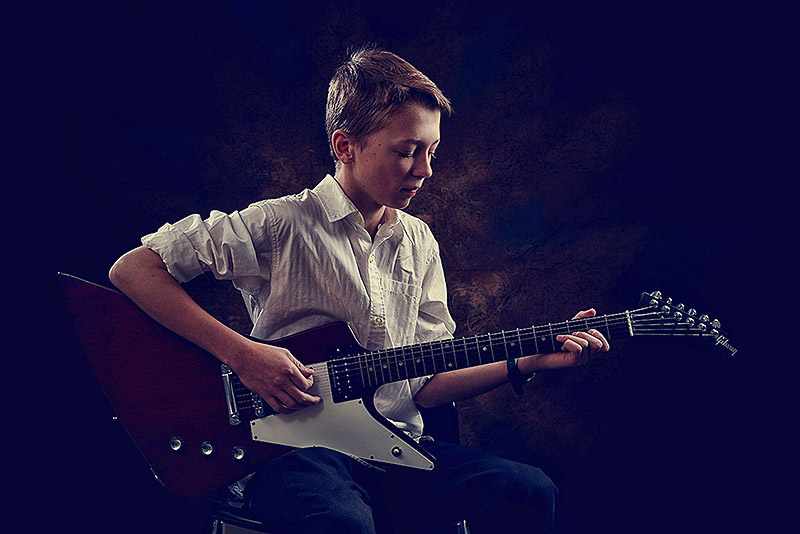 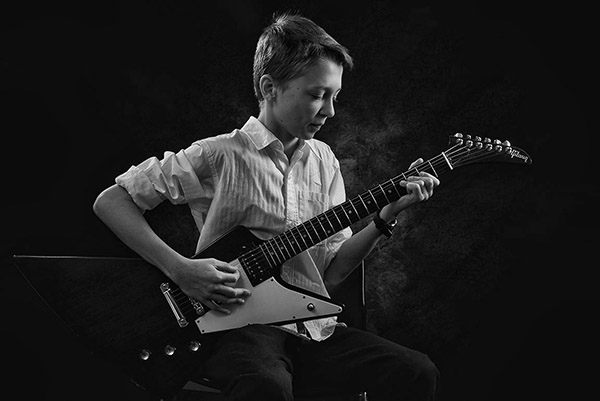 From last month, photographing the staff of STC (Sudbury Theatre Centre) for the new year…. 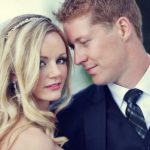 Friends…just received an email from Jordan Presseault, who runs Cinema Works Entertainment out of North Bay, Ontario (click on that link to ‘like’ his business page). Jordan does amazing, I mean AMAZING videography….this is the kind of work that really and truly creates a response from everyone, brides, groom, bridal parties and guests. BUT, don’t […] 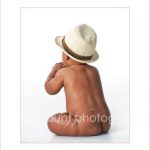 Are cute, even with nothing but a hat… 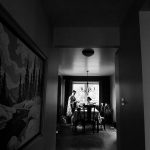 From their big day….some highlights:

I am always amazing by the Bourdon gang when they come in each year for Xmas family portraits…. They started when they were only 5 kids, now 8, and it’s been an honour to watch their family grow. Great kids, great parents…. 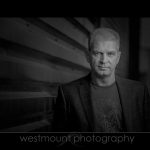 I’ve known Alex for a few years, having met him at a business mastermind event held monthly, down in Toronto….I’d drive down once a month to discuss and brainstorm business and marketing strategies… He needed some new professionally created headshots.. A few samples…

Time for some creative studio portraits? We still have some openings left and there’s still time for Christmas portrait gift giving…..This Saturday! ONE DAY ONLY….The 20 minute STUDIO SESSION…call Tina Provencher at the studio…705 566 0111 or email her westmount@bellnet.ca Only $97.00 and includes xmas cards…..

In Tamarindo, Costa Rica we see these guys putting on amazing fire shows all the time. I always thought it would be a great idea to play with fire, so to speak, and do a photoshoot. Problem is, they only speak spanish. That’s been my issue so far. However, recently I was walking into town, […]